SocietyLifestyleTechnology
The Japanese government has announced a new design for the ¥500 coin. The updated version, slated to hit pockets in fiscal 2021, retains the familiar paulownia design but adds a two-tone look and features like microlettering to thwart counterfeiters.

On April 9, Finance Minister Asō Tarō announced the first redesign of Japan’s banknotes and coinage in 20 years. The portraits on the notes, which will appear in fiscal 2024, are set to be replaced.

The image on the ¥10,000 note will change from the educator Fukuzawa Yukichi to Shibusawa Eiichi, the “father of Japanese capitalism”; the ¥5,000 will be updated from the author Higuchi Ichiyō to Tsuda Umeko, a pioneer in women’s education; and the ¥1,000 note will see Kitasato Shibasaburō, Japan’s “father of modern medicine,” replacing Noguchi Hideyo.

The ¥500 coin will also be redesigned for a fresh appearance in fiscal 2021. The coin will keep the current paulownia pattern while incorporating various innovations.

The most obvious change is the bicolor cladding, resulting in different colors for the center and periphery. A Ministry of Finance official notes that the periphery uses the nickel-brass mix of the current ¥500 coins, producing a yellowish color, while the center is cupronickel, which gives the current ¥100 coins their distinctive silver color. In a world first, the contour edging utilizes helical ridges with varied shaping.

Also, in a first for Japanese coins, microlettering will be used on one face to print the words “JAPAN” and “500 YEN.” Such technologies are being incorporated to deter counterfeiting.

The varied ridges on the coin’s edge are produced with a new technology never before used in any coin. (Source: Ministry of Finance)

The new coin will weigh just 0.1 grams more than the current one, and the diameter will be exactly the same. Below the number 500, the bamboo leaf motif of the current design will be replaced with the imperial year, but the upper bamboo leaves, the tachibana oranges flanking the number, and the paulownia on the rear will remain. The floral motifs have not changed since 1982, when the ¥500 coin replaced a banknote featuring a portrait of the renowned statesman Iwakura Tomomi.

A Bicolor Look for the New Coin

The periphery of the new ¥500 coin will be a yellowish color and the center will be silver, an effect produced by the use of different metal alloys.

The center of both faces of this “bimetal” coin will be silver-colored, but this center portion will contains a core of a different metal, which is referred to technically as “clad coinage.” Because the new coins will be two-colored on the face and be composed of three layers, they are “bicolor clad.”

The current ¥500 coin is a simple slab of one type of metal, as seen at left. The new one will place a sandwich of three layers in the center of the peripheral ring. (Source: Ministry of Finance)

Unlike the new banknotes, which are getting a complete design overhaul, the new coin retains the floral motifs in place on the current ¥500 piece. “We wanted to base the new coins on the ¥500 design that people are familiar with,” says the Finance Ministry official we spoke to. “The bamboo, tachibana orange, and paulownia motifs come from plants that traditionally symbolize good fortune and auspiciousness, which is why they were used in the original design.”

The ¥500 piece being a relatively valuable coin, it has in the past attracted some attention from counterfeiters, as well as people using nearly identically sized coins worth far less—notably South Korea’s 500 won piece—to make purchases from vending machines. The Finance Ministry official notes that the new design should offer improved security. “The current coins are made of a single material, but the new coins are much more difficult to produce. However, we cannot completely rule out all possibilities.” The ministry does not provide specific production details.

Many people would no doubt like to get hold of the new coins as early as possible, but they are not scheduled for minting until early in fiscal 2021. However, the bicolor clad and helical ridge technologies have already been employed in ¥500 coins minted from 2008 as part of the Japan 47 Prefectures Coin Program, so you may find them if you keep your eyes peeled.

(Originally published in Japanese on FNN’s Prime Online on April 9, 2019. Translated and edited by Nippon.com.) 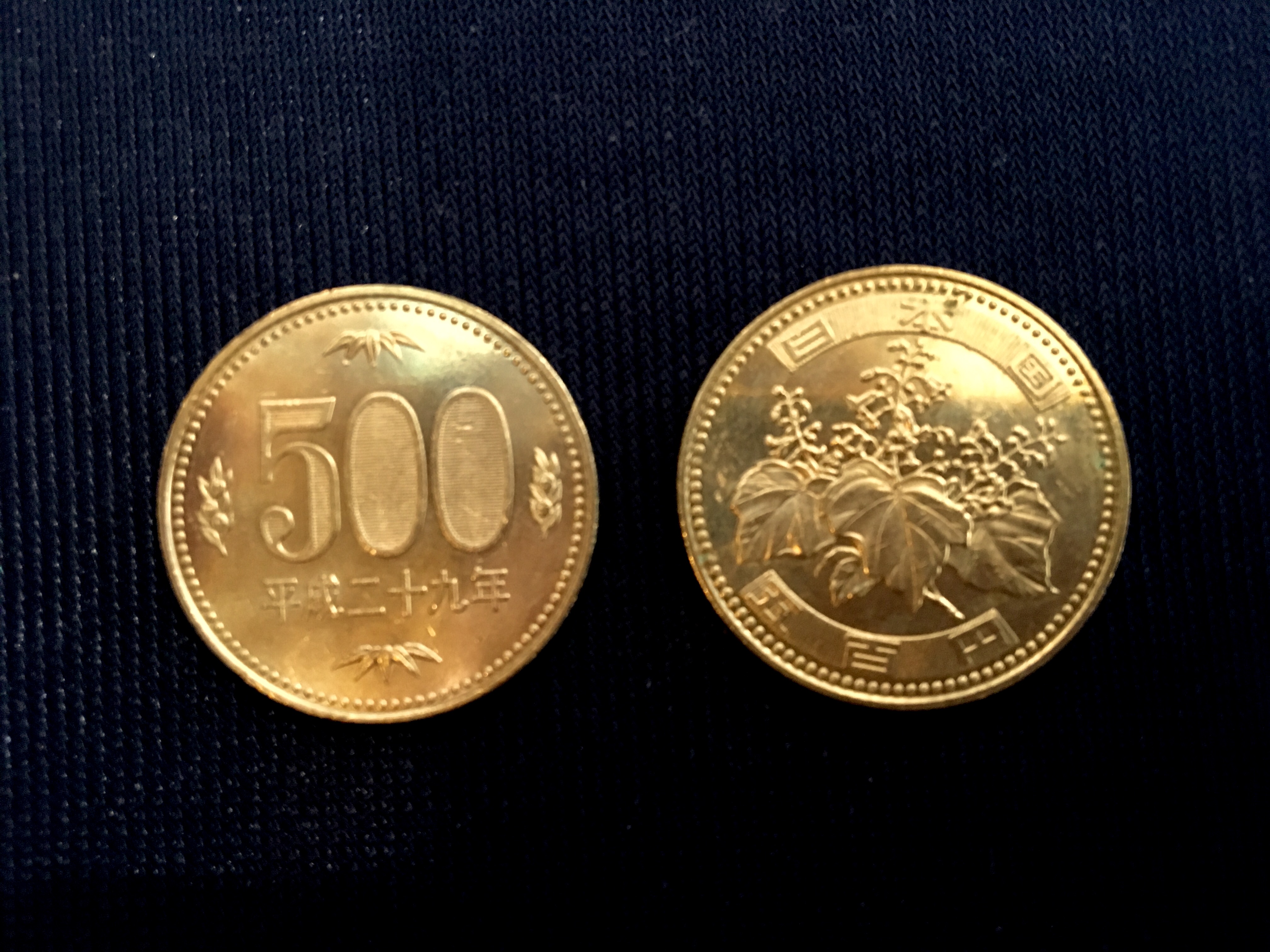 Ⅰ. About the New Bank of Japan Notes

The Ministry of Finance has decided to manufacture a new series of the Bank of Japan notes and a new 500 yen coin, with a view to strengthening the ability to prevent counterfeiting etc. as follows and has initiated the necessary preparations.

The Ministry of Finance has decided to manufacture a new 500 yen coin by changing the materials etc. of the current 500 yen coin with a view to strengthening the ability to prevent counterfeiting as follows and has initiated the necessary preparations. 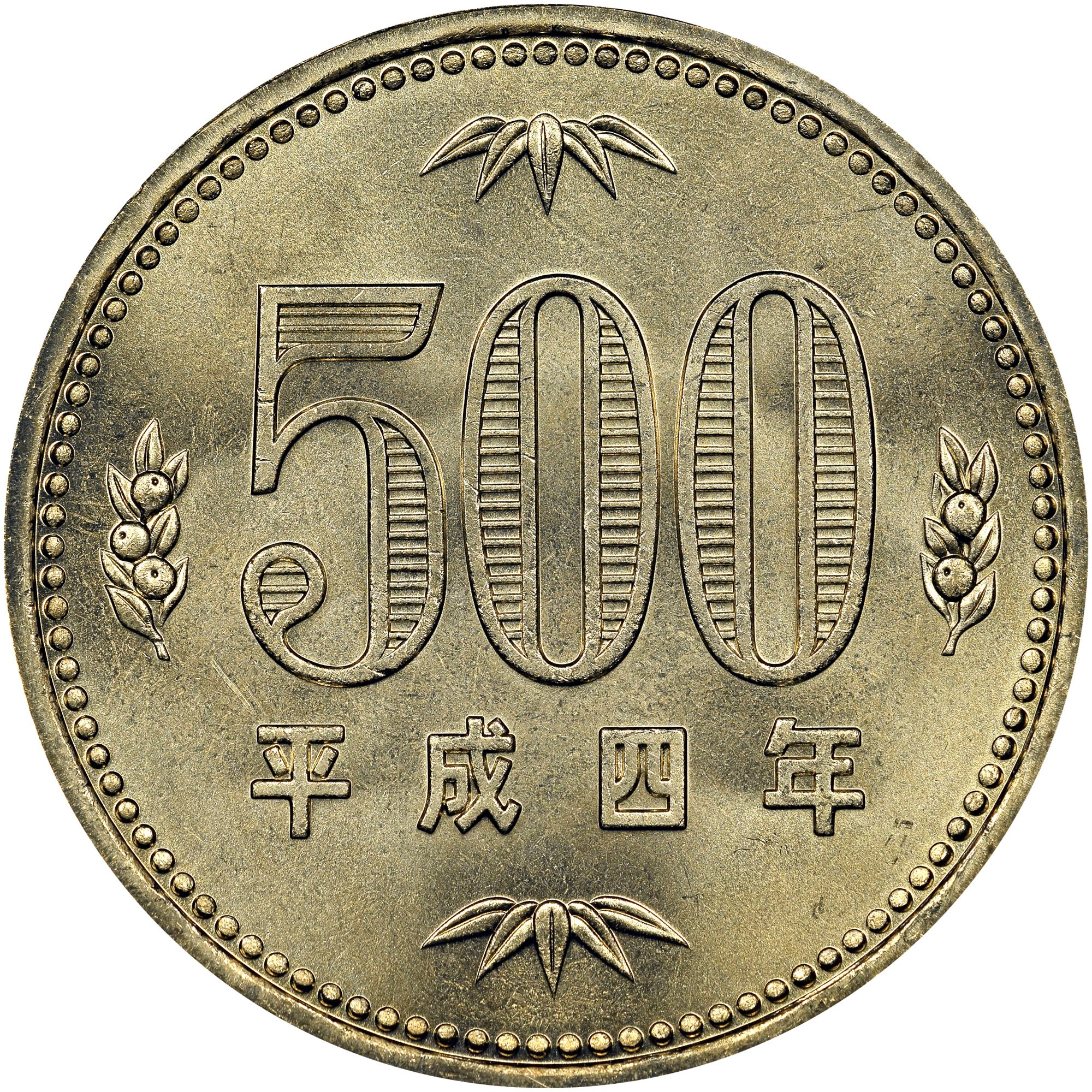 ◎ The current series of banknotes and 500 yen coins will remain valid after the issuance of the new series.

◎ Please be aware of fraudulent practices claiming that the current series of banknotes and coins are invalid.

Portraits etc. of the New Bank of Japan Notes

Front (portrait): Eiichi Shibusawa (1840 – 1931)
A business leader and entrepreneur in early modern Japan who was involved in the founding of around 500 businesses and economic organizations, including the First National Bank, the Tokyo Chamber of Commerce (now the Tokyo Chamber of Commerce and Industry), and the Tokyo Stock Exchange. His dedication to improving society extended to education, social welfare, and private-sector diplomacy.

Back: Tokyo Station Marunouchi Building
Opened in 1914, the red-brick station is one of the historic landmarks of the Meiji and Taisho periods and was designated as an Important Cultural Property of Japan in 2003. The building was designed by Kingo Tatsuno, a prominent figure in modern Japanese architecture. The building was reconstructed in 1947 after being badly damaged during World War II, and then restored to its original three-story structure in 2012.

Front (portrait): Umeko Tsuda (1864 – 1929)
The pioneer of higher education for women in modern Japan, who founded one of the first private women's colleges in Japan, Joshi Eigaku Juku (now Tsuda University) in 1900. She was among the first female students sent to the U.S. as part of the government's overseas study program. They travelled to the U.S. in 1871, with a diplomatic delegation known as the Iwakura mission.

Back: Japanese wisteria flowers (fuji)
Popular among people in Japan since ancient times, these flowers appear frequently in classic Japanese literature such as the Kojiki, records of ancient Japan, and Man'yōshū, a collection of Japanese poetry.

Front (portrait): Shibasaburō Kitasato (1853-1931)
A pioneering microbiologist who developed the serum therapy for tetanus after he succeeded in growing the world's first pure culture of the bacteria. He is also known for discovering the plague bacillus. He established the Institute for Infectious Diseases in 1892 and founded the Kitasato Institute in 1914, dedicating himself to the education of future doctors and researchers.

Back: 'Kanagawa-oki nami ura' (Under the Great Wave off Kanagawa) from the series Fugaku sanjūrokkei (Thirty-six Views of Mount Fuji)
One of the most famous Japanese ukiyo-e woodblock prints (around 1831). This celebrated work of Katsushika Hokusai (1760-1849) has inspired artists around the world.

Provisional Designs of the New Bank of Japan Notes

Back
Pop the slots.

(Note) The images have been created given that the coin will be issued after the enforcement of the “Cabinet Order to change the name of the era.” Details of the design will be decided upon consideration.

Features of the new coin will be announced in a Cabinet Order following the appropriate procedures.