James Madison was an important figure in determining the course of the early United States. With Alexander Hamilton and John Jay, he wrote The Federalist Papers, which advocated the adoption of the Constitution. He also helped secure passage of The Bill of Rights. He served two terms as the 4th President of the United States from 1809 to 1817.

There was no official launch ceremony held for the James Madison Presidential Dollar. This is one of only a few situations where a launch ceremony was not organized by the United States Mint for a new release of the series.

The obverse includes the inscriptions “James Madison,” “4th President,” and the years of his presidential term “1809-1817.” The reverse inscriptions include “United States of America,” and the denomination “$1.” The date and mint mark are located on the edge inscription of the coin along with the mottoes “In God We Trust” and “E Pluribus Unum.” 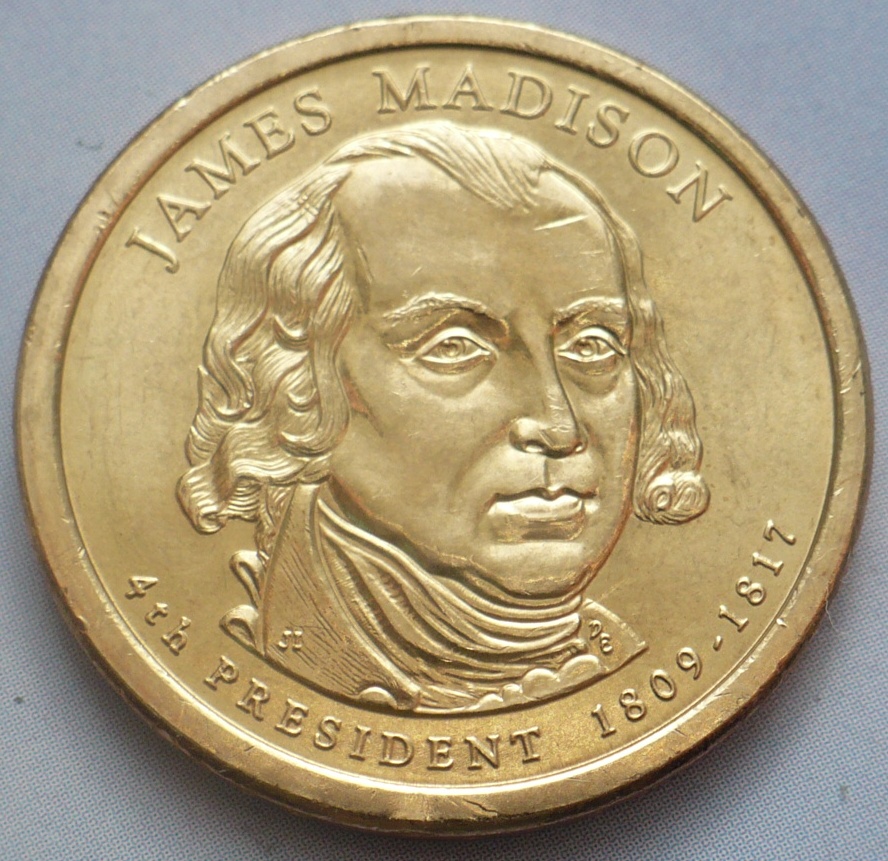 Circulating coin production for the James Madison Dollar showed another drop from the level for prior release. This continued the trend of lower overall mintages for each release of the Presidential Dollar coin series. The Philadelphia mint produced 84,560,000 coins and the Denver mint produced 87,780,000 coins.