Dan Bekavac, the founder of the embarrassing Midway Poker Tour, recently returned to play in a live poker tournament while still refusing to reimburse or even contact players still collectively owed over $55,000 from his failed Chicago-area event.

Bekavac emerged from virtual cover to play in this past weekend’s Mid-States Poker Tour main event at the Grand Falls Casino, near Sioux Falls in northwestern Iowa. Bekavac fired at least two $1,100 Day 1 bullets in the event, according to a PokerNews update, failing to bag chips and advance to Sunday’s Day 2, where the money spots were awarded. Bekavac has been a regular participant in MSPT events, where he has won over $220,000.

Bekavac’s re-emergence onto the poker scene translates to more bad faith regarding his one-time promise to make things right concerning his jilted Midway Poker Tour participants. Twelve of the 27 players who thought they had cashed in Bekavac’s MPT event remain to be paid a combined total of $55,060, including event winner Renato Spahiu ($16,038) and runner-up Satoshi Tanaka ($10,974).

The Midway Poker Tour event, held near Chicago’s O’Hare International Airport, also attempted to pay off those players who made the money with silver bullion, which was in turn discovered to be “valued” at a significantly overinflated price. Bekavac used the silver-bullion scheme in an attempt to evade Illinois charitable-gaming laws that cap the amount that can be won by gamblers in a single day or event.

Bekavac allegedly also jilted his partner charity -- a requirement for this type of event in Illinois -- leaving it to collect only a few tips donated by players instead of the thousands they had expected to receive from their share of the event revenue. Bekavac later blamed Illinois regulators for not allowing him to evade the state’s gaming regulations, which were designed expressly to protect the public from such occurrences.

The charity workers also found themselves forced to work the crazed MPT finale without guidance, since well-known tournament director Jeremy Smith (formerly of the Heartland Poker Tour) resigned from his duties before the final day, and Bekavac himself was a final-day no-show after his silver-bullion payout scheme blew up in his face. 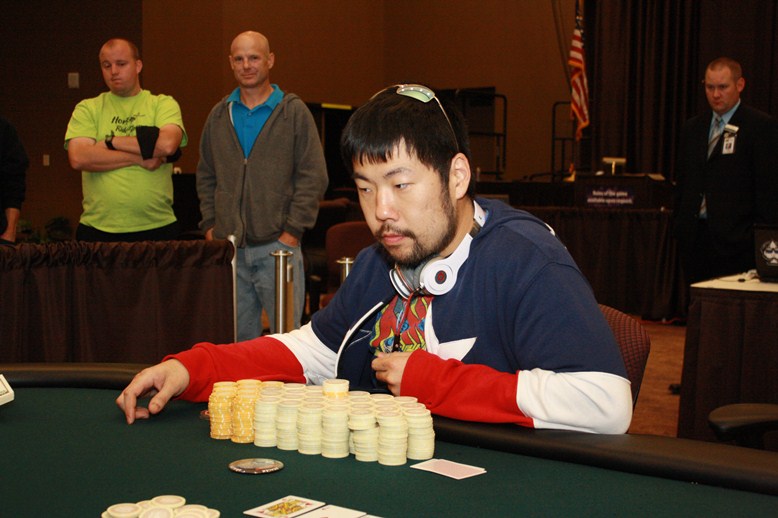 Bekavac went silent regarding his Midway Poker Tour fiasco early in November, meaning that none of the players awaiting payouts have heard from him in three months. MPT event winner Spahiu told PN that being paid by Bekavac “is likely never to happen.” The sad truth of the story is that legal fees would likely eat up all or most of any assets recovered or seized, despite what appears to have been Bekavac’s blatant malfeasance. Meanwhile, Bekavac, according to a detailed poker forum posting from an embittered former life partner, allegedly continues to live a comfortable life on the foundation of a healthy military pension.

The 2020 Mid-States Poker Tour Venetian $1,600 buy-in no-limit hold’em main event attracted a massive field of 1,239 total entries, blowing away the $400,000 guarantee to create a final prize pool of $1,771,770. The top 128 finishers made the money in this event, with the largest share going to eventual champion Korey Payne. The Portland, Oregon resident was awarded $327,773 and his first live tournament title for the win.

Payne also earned 960 Card Player Player of the Year points as the champion of this event. This win alone was enough to move Payne into a tie for 76th place in the 2020 POY race standings, which are sponsored by Global Poker.

The event ran from November 19-23, with three starting flights and then two more days of action. The final day began with 63 players remaining, with Payne sitting right in the middle of the pack when cards got back in the air. By the time the eight-handed final table was set, he had climbed into second chip position behind only Salim Admon.

Admon extended his lead by picking up pocket aces against Dale Eberle’s K-Q to send him to the rail in eighth place ($28,348). Jorden Helstern was the next to fall when his pocket eights failed to win a preflop race against the Q-J of Randy Froelich. Helstern took home $37,207 as the seventh-place finisher.

David Poces’ run in this event came to an end when his KQ lost a coin flip against the JJ of Satoshi Tanaka. The board brought no help and Poces hit the rail in sixth place ($49,610).

Payne joined Admon as the second player to surpass 10 million in chips by winning a big pot off of the leader holding pocket aces. Martin Zamani soon joined the eight-figure chip club by knocking out Satoshi Tanaka (5th – $65,555) and Randy Froelich (4th – $100,991). In both cases the 2019 PokerStars Caribbean Adventure $25,000 high roller event winner landed the knockout blow by winning all-ins with small pocket pairs against overcards.

The final three battled it out for a while, but Zamani was ultimately the next to be eliminated. He ran a pair of bluffs that both got picked off by Payne to find himself out in third place for $148,829. This was the fourth six-figure live tournament score of his career, and it brought his lifetime live tournament earnings to just shy of $2.6 million. He was awarded 640 POY points for his deep run. This was his third POY-qualified final table of 2020, and with 1,008 total points, he currently sits in 67th place in the POY rankings.

With that, Payne took a sizable lead into heads-up play against Salim Admon. The shorter stack doubled up twice to close the gap, but he was unable to complete the comeback. In the final hand of the event, Admon min-raised to 500,000 from the button with the Q9 and Paybe called from the big blind holding K6. The flop came down KQ7 and Payne checked. Admon bet 675,000 and Payne called. The turn brought the 6 and Payne bet 675,000. Admon raised to 2,000,000. Payne moved all-in and Admon went into the tank before finding the call with his pair of queens. Payne revealed his kings and sixes for a big lead in the hand. The J was of no help to Admon and he was eliminated in second place, earning $219,699 for his strong showing in this event.

Here is a look at the payouts and POY points awarded at the final table: